Obama with Kids, The tragic case of Abdulrahman al Awlaki.

I mean, let’s get serious for a second…how can you NOT vote for this guy?!

Oh wait, I have a photo to add to this collection!!! 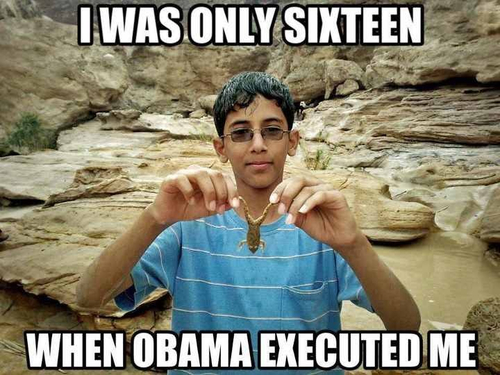 His name was Abdulrahman al-Awlaki, and he was an American citizen who was indeed 16 when Obama ordered his assassination by drone because his father (also assassinated by Obama-ordered drone strike two weeks previously) was suspected of terrorism.

Don’t believe me? Read about it here. In Esquire. Actually, their photo collage of him is worth adding here too:

Ah, Obama with kids. That’s exactly why I can’t vote for him.

Learn more about the assassination of this child in an excellent post from Aheram here.